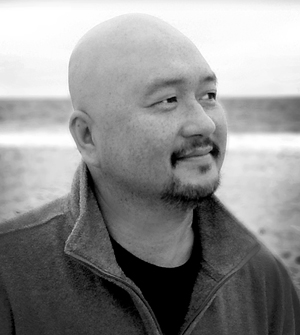 “I truly believe that to reach our artistic goals, we must overcome the fear of being wrong. That learning from our mistakes can only help us attain our ultimate objective, which is to create from our heart.”

With his extraordinary eye for detail, sense of exquisite style and love of storytelling, Rino Gonzalez has gained a great following. Many around the world admire the artist’s skill for creating such striking realism. “I try to put my subjects on canvas as realistically and as detailed as possible. However, I make sure I leave something for the viewer’s imagination.”

Rino grew up in an artistic environment and knew at an early age that he wanted to be a fine artist. Under his father’s tutelage, Rino learned the traditional method of painting and spent his early years perfecting his pencil drawing and composition before he actually, commenced the use of colors.

A Fine Arts major at the California State University in Los Angeles, Rino won numerous awards for his work. Upon completion of his university studies, he embarked on what is now considered an extensive career in fine art oil painting.

Romance, combined with his eye for detail, allows his work to tell a story with a true emotion that has entranced admirers around the world.